IN ITS NATURAL HABITAT

PREPARE BEFORE FACING A PREDATOR

Before you start reading this article, it is important to know that each animal reacts differently to an encounter with another living being. These tips will not ensure you to come out injury-free. On the other hand, doing the opposite of what is suggested will insure you injuries, so it is better to inquire before the encounter!

After the article on the most powerful bites in Canada, it seemed obvious to give you advice on the behaviors to adopt when encountering with these animals.

In every case, it is suggested to avoid the encounter. If you see signs that an animal is around, don't go looking for that animal. When you go into the forest, watch out for fingerprints, feces, animal carcasses or even tree trunks which may be marked with claw marks. This will prevent you from unpleasant surprises.

If you do not have the choice to stay or to pass in a place where there are these animal tracks, you must speak loudly, make noise (clap your hands, whistle...) or even walk around with a bell. If you have the possibility, come as a group! It's also important not to leave your garbage or food leftovers, as the smell is sure to attract nearby animals.

Note for pets: if you take your dog for a walk, keep him on a leash and calm him down so that he does not irritate the animals in the area. 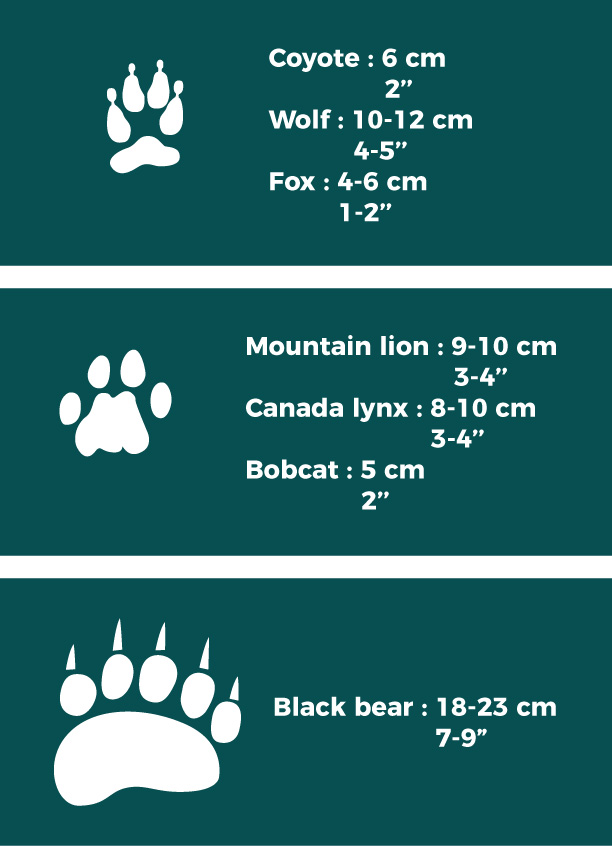 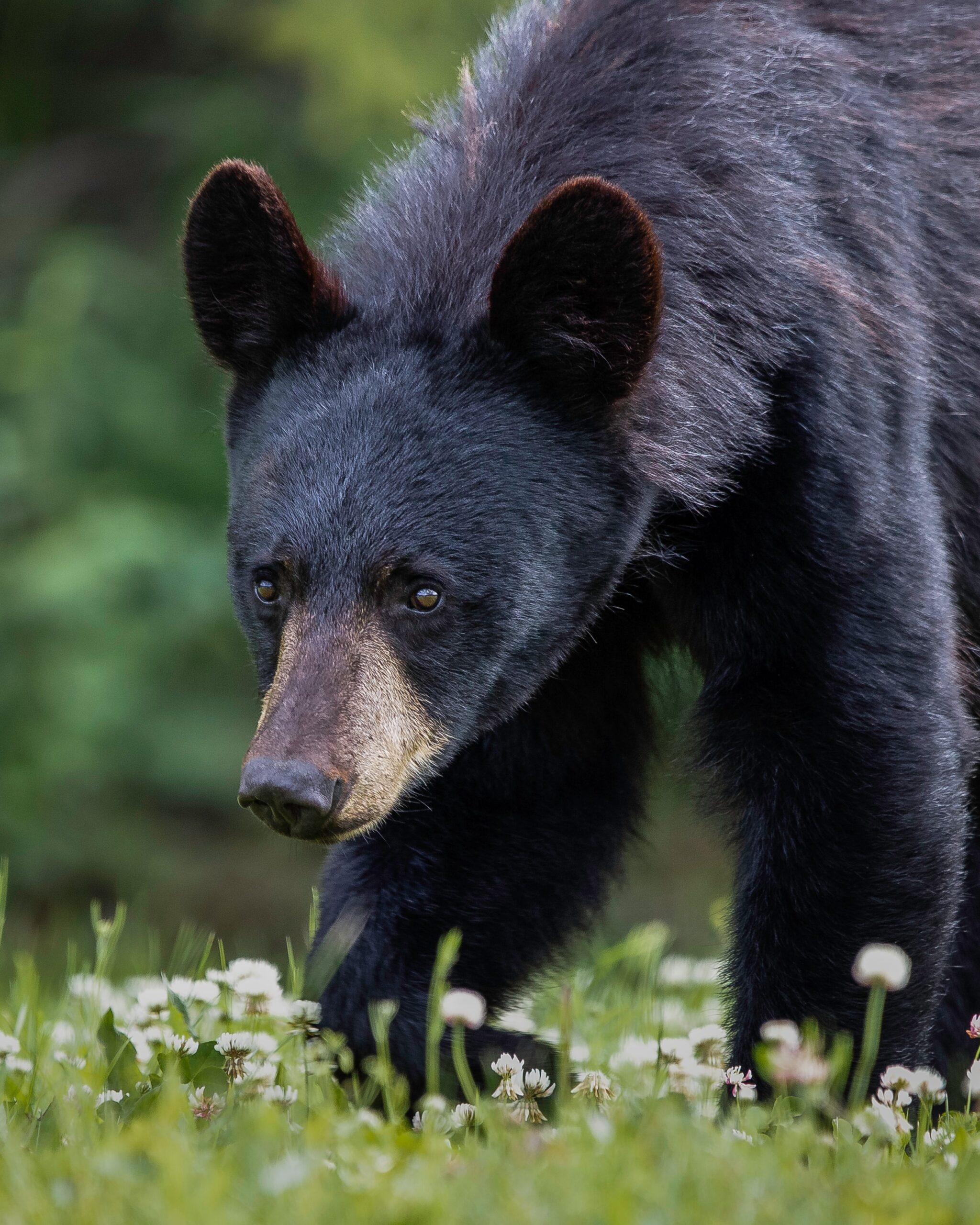 In case of encounter with a bear

The most important advice to follow is to stay calm and grouped together, if you can. Face the bear, don't turn your back on it but don't look at it directly in the eyes either, it might annoy it. Speak softly to it so that it knows you are a human and not a prey to be hunted. If it stands up on its hind legs, don't be afraid, it tries to analyze you better. Back up slowly, without running and always without turning your back. If you run, it will surely run faster than you! Same thing if you climb up a tree. If the little ones are around, don't walk in their direction. Continue backing away, until the bear moves on and resumes on its way. Above all, don't feed it or it will continue to follow you.

If the bear gets angry and aggressively approaches you, always carry a pepper spray, in case of a home defense or cubs, the bear will leave. If the attack continues, it means it sees you as prey. Defend yourself as best you can: pepper spray, stick, rock, fishing rod, bag… Hit the animal's nose, which is the most sensitive part. Still don't start running or turn your back on it, it will still attack you. Face it by taking up space, make yourself tall, strong and imposing! Wave your arms and make noise. If it gets you down, don't play dead! Get up as soon as possible and continue until it gives up the fight.

In case of encounter with a mountain lion

Regardless of the predator, there are a lot of similarities in a safe behavior.

It is rarer to encounter a mountain lion than a bear, but it can still happen. Faced with this animal, it is still suggested that you don’t run or feed it. Always keep an eye on the animal by facing it and talking loudly! Try to throw something to distract the animal and make it leave but don’t throw it directly on the mountain lion.

In the event of an attack, as with the bear, retaliate! Also strike the muzzle and eyes with everything you have and keep a distance from the fangs and claws. 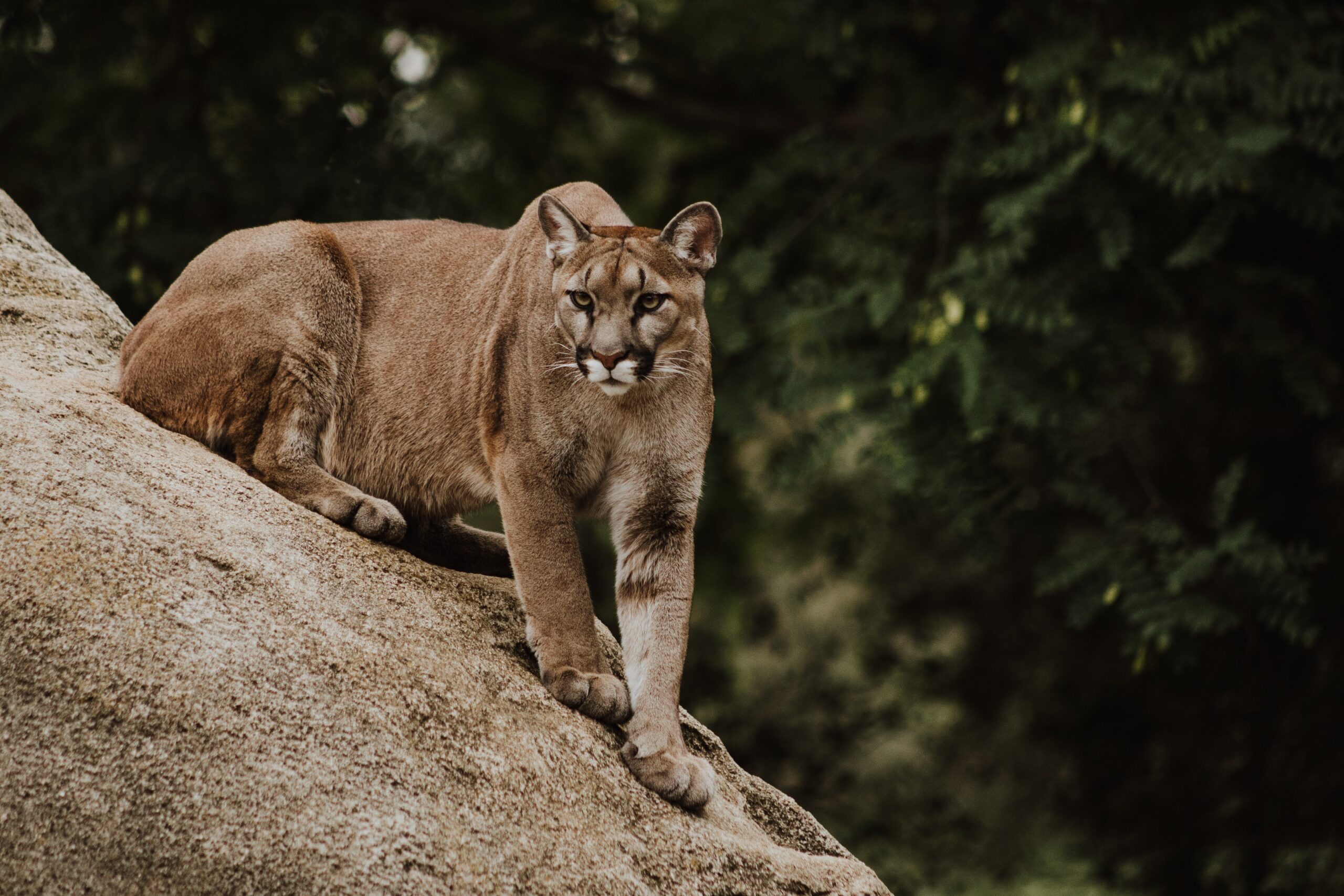 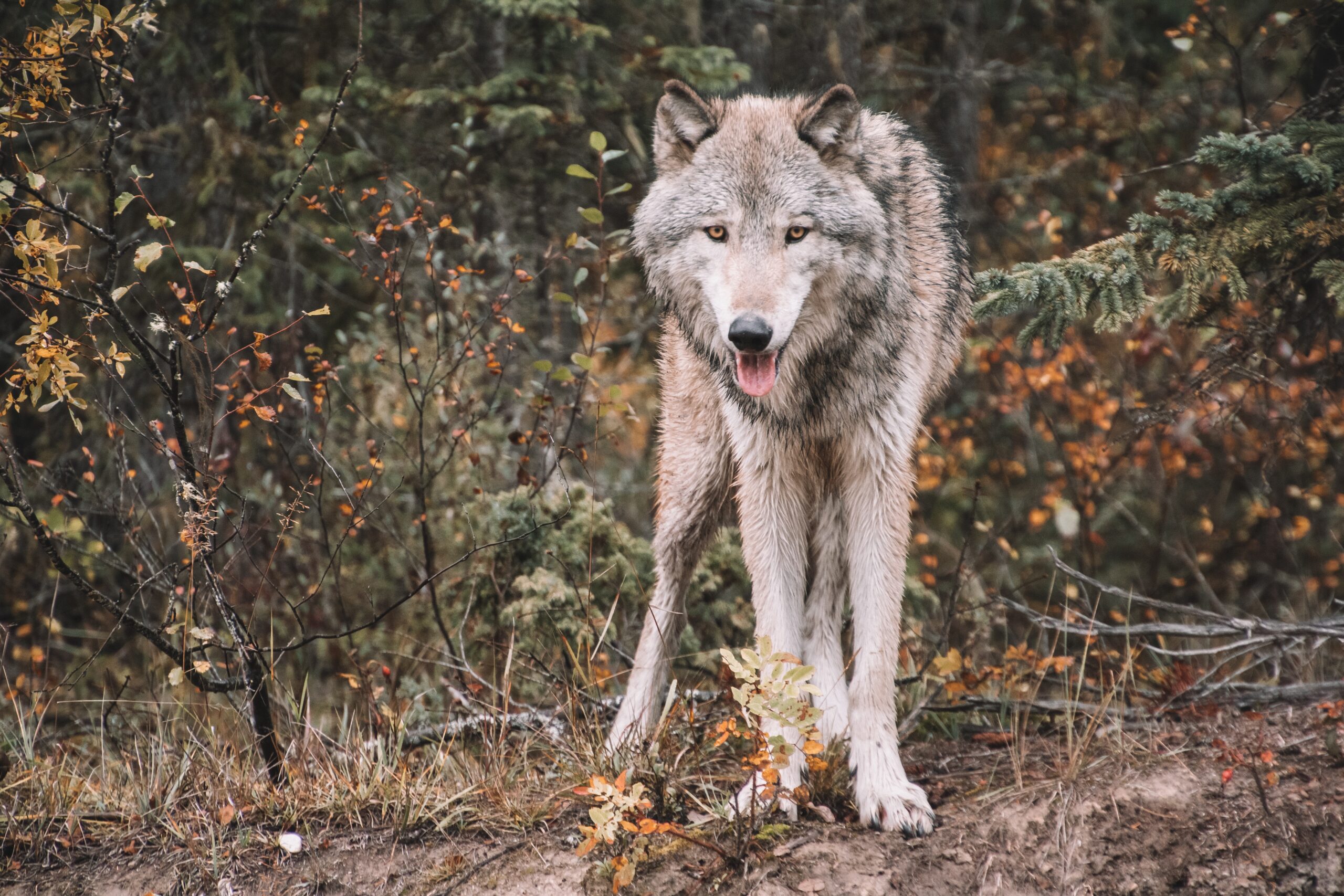 In case of encounter with a wolf

Again, the protocol remains the same on many points: do not run, face the animal, do not play dead and do not feed it. As with the bear, make yourself big and strong to try to scare the animal away.

For the wolf, it is advisable to look him straight in the eyes and not leave it for one second. On the other hand, a wolf always comes with its pack so be attentive to the noises which surround you so you don’t step back towards another wolf.

In the event of an attack, as with the previous two predators, it is suggested to defend yourself with everything you have, don't give up! The animal will give up before you do. Don't hesitate to call for help around you to have someone notify the park wardens or emergency services.

If you follow these tips, most of the time the animals will go away without any intervention or attack. Avoid looking for sensations and taking risks. Do not try to touch the animal or take your phone from your pocket to film the encounter. Focus on the most important thing: survive! In case of injury, go directly to a health professional, do not take the risk of contracting an infection.